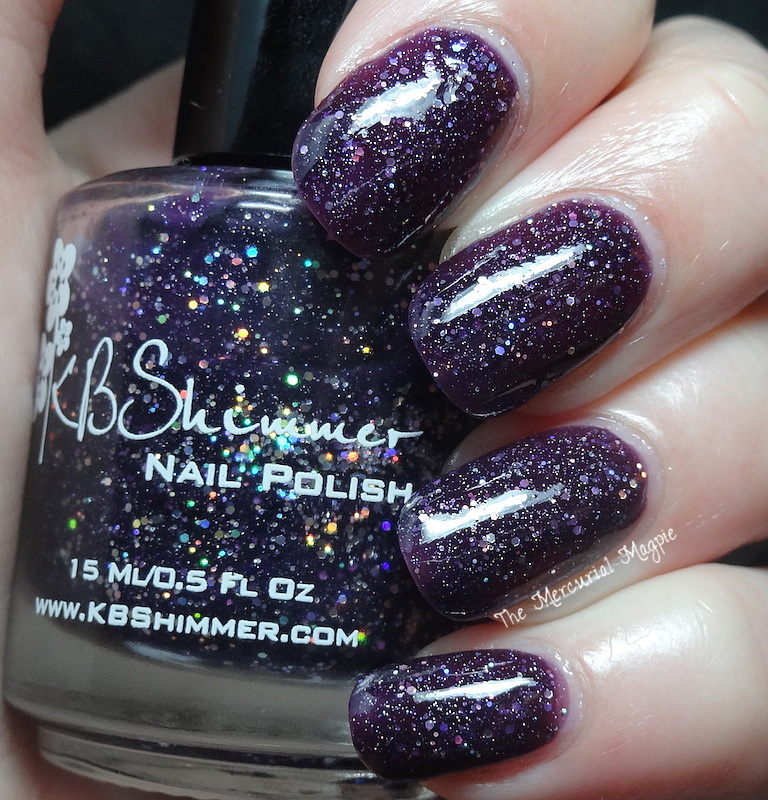 Hey, everyone! Just another quick reminder that my blogversary giveaway ends on Monday! I am in the US and last year I did some patriotic nails for the 4th but this year I just wasn’t really feeling it since we’re not really doing anything, and actually today is Jed & I’s 4 year anniversary (technically we’ve been together more like 5 but we don’t count the first time we dated & broke up for awhile and I dated my ex again for awhile. Oops.) although we’re not going to celebrate it until tomorrow, probably.

No big plans, this year has been hard on the cash flow so we’ll probably just go out for a fancy breakfast & dinner. We’ve had some rough times lately with his family from the Philippines living here with us (I get reamed out by his over-judgmental/critical mom for stuff as petty as I use the dishwasher instead of hand washing all the dishes….sigh. I grew up with a mom who parented by guilt, I’m not used to this outright mean stuff!) but overall I’m really just happy to be with him, he’s incredibly supportive of me and the blog and I couldn’t ask for more. Last year we drove up to Natural Bridge & the Luray Caverns which was a ton of fun!

Sorry for rambling there a bit, I don’t often share personal stuff here so when I started typing, I just couldn’t stop! With all that said, I decided to swatch an old favorite today! I figure my American readers will be too drunk to care & my international readers will be happy to see a blog not all red, white & blue today, haha! KBShimmer is one of my favorite indie brands and also one of the first I’d ever tried- I’d say her & Indigo Bananas were like my gateway drugs to indies. A long time ago, I did some pretty crappy swatches of Witch Way? and have wanted to feature it again for awhile because it deserves better than that. 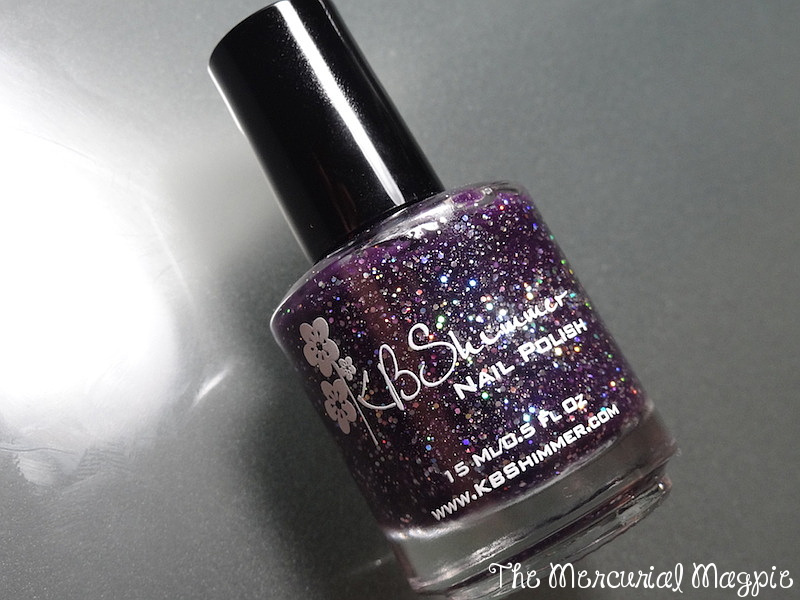 KBShimmer Witch Way? is described as a deep grape jelly polish full of holographic glitters. I used three swatches for the below photos of the polish by itself, although you could use a dark purple base if you wanted a bit more opacity, but I love the squishy look of this. 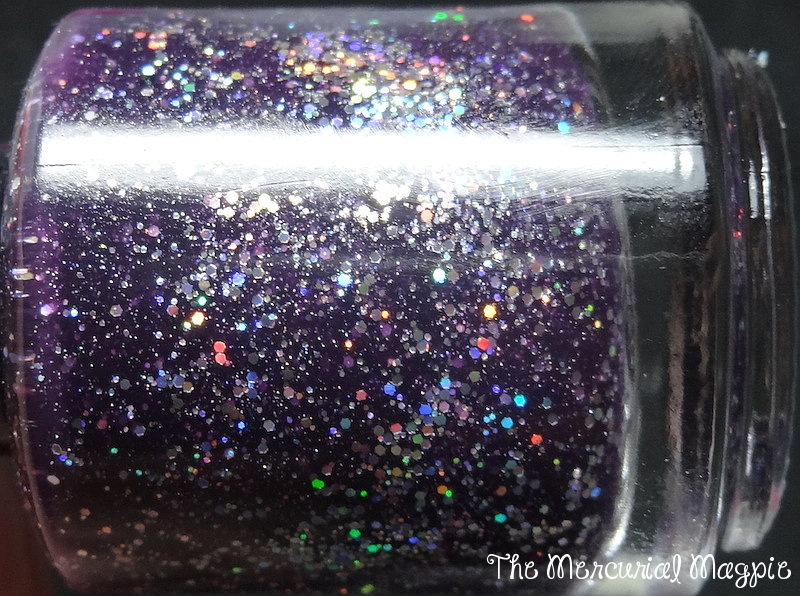 I sealed everything in with KBShimmer Clearly On Top top coat (every time I type this sentence it sounds so redundant!). This was originally from a Halloween collection but I think it can be worn year-round! 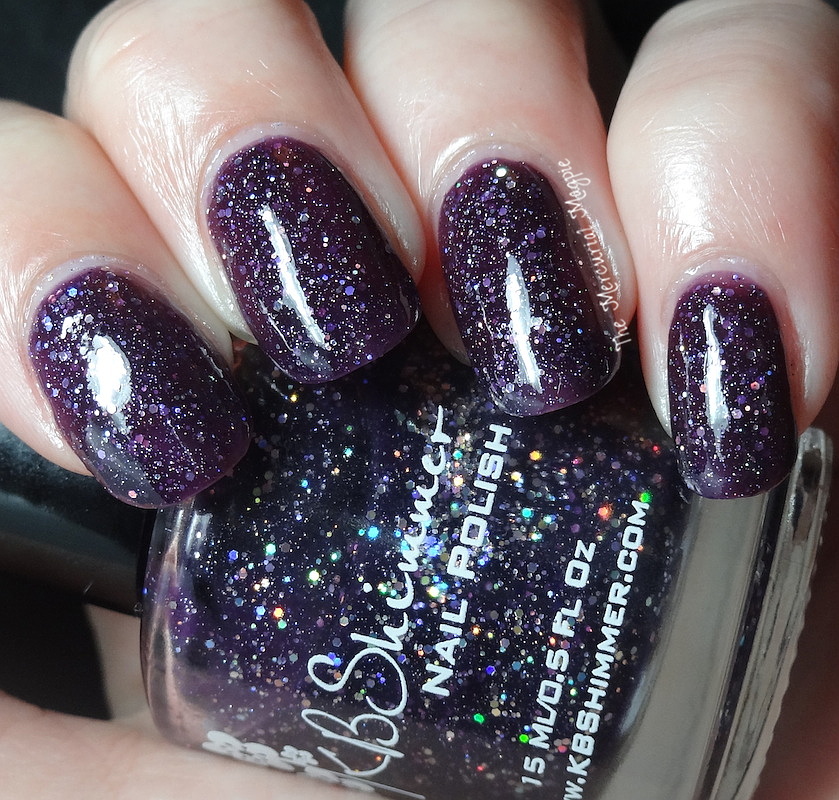 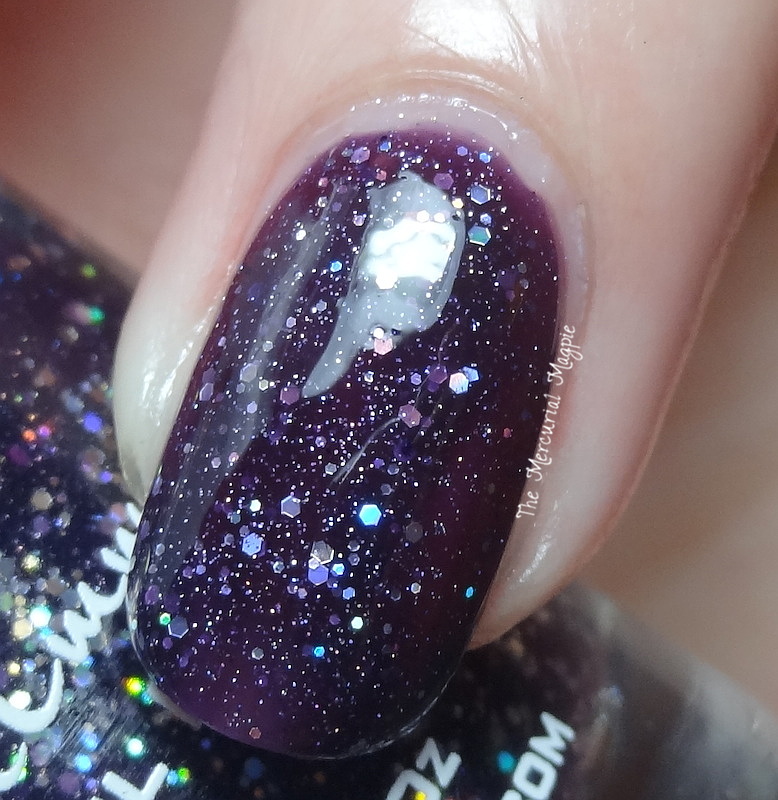 What do you think? What was your gateway brand to loving indies (which, I’m assuming you do…unless you’re some crazy person)? Let me know in the comments!