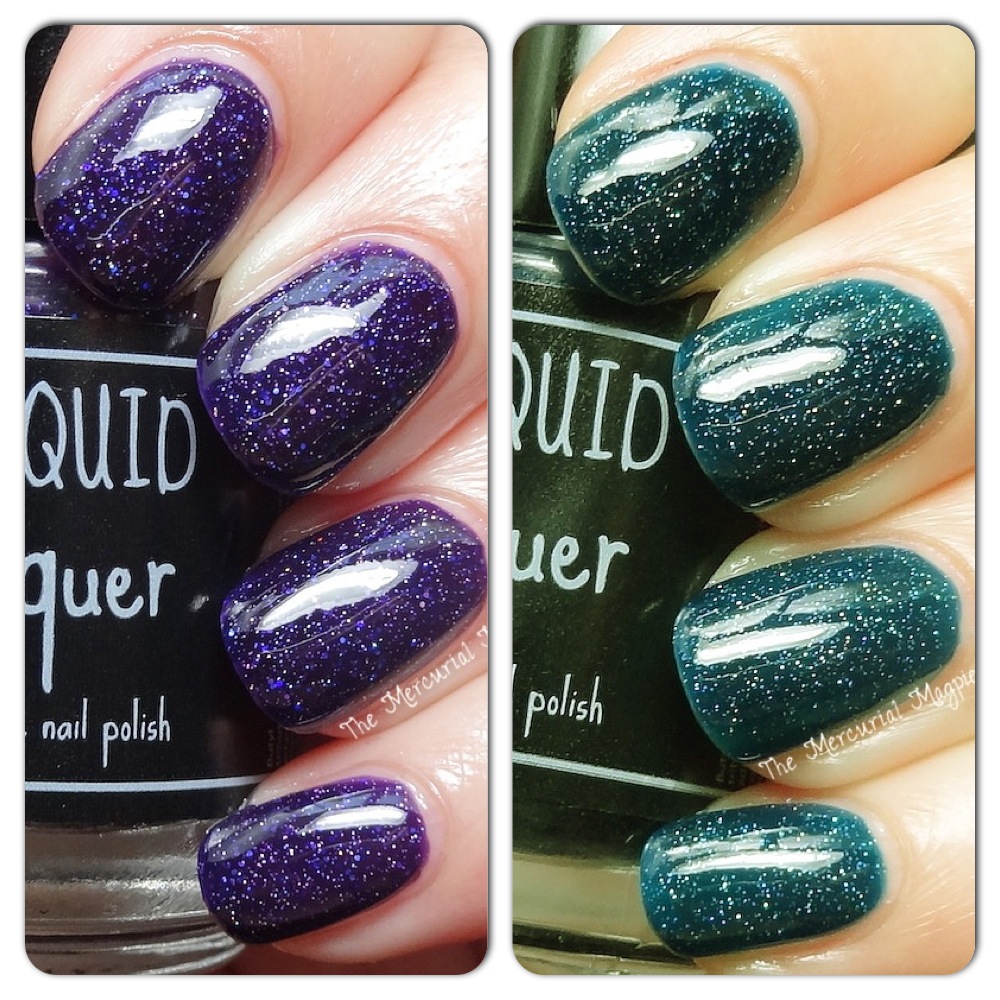 Confusion was purchased by me, Magpies At Midnight was given as a gift.

Hey, everyone! So, my one year anniversary of starting this blog is coming up in a few days and to celebrate, I’ll be having a big giveaway! For my prizes, three awesome indie brands created custom shades based on this blog and I’ll be giving a bottle of each away! This week I’ll be showing you swatches of those polishes. The giveaway will be going live on Monday, so be sure to check back!

This first one is from fellow blogger and awesome indie maker, Aliquid Lacquer! When I purchased the polish below, I remarked that she should make some similar shades in other colors, and Alison was awesome enough to make a purple version for me!

Aliquid Lacquer Magpies At Midnight is a deep purple jelly glittering with loads of silver holographic microglitter + indigo holo glitter. I used two coats for the below photos along with a top coat of  Out The Door. The formula was the perfect consistency for a jelly, applied so easily and was nearly a one coater!

This next one, well…I was a bad, bad girl recently and I can only blame myself….okay, and Alison for coming out with such awesome shades. I’m pretty much on an eternal no-buy these days but once she put this polish up for sale, I was powerless to resist!! Bad magpie, bad! But it was so worth it. Let’s take a look!

Aliquid Lacquer Confusion is described as a deep teal jelly glittering with loads of silver holographic microglitter. I used two coats for the below photos along with a top coat of  Out The Door. The formula was the same as Magpies At Midnight, just wonderful. As usual with teals, my camera wanted me to make this blue so I had to edit the coloring a bit and make my skin look weird in the process!

Two amazing polishes from one of my favorite indies! Totally worth momentarily breaking the no-buy! What do you think? Has there ever been a polish you just couldn’t resist while you were on a no-buy? Let me know in the comments!