Hey, everyone! Time for a spontaneous saturday post! Jed and I were sitting around the house kind of bored, so we decided to check out this coffee shop I’d been wanting to try forever, Aromas in Newport News! I’d heard their snickers latte was really good. Jed’s mom & sister (who are living with us right now) wanted to check it out as well, so we all headed out in the car. 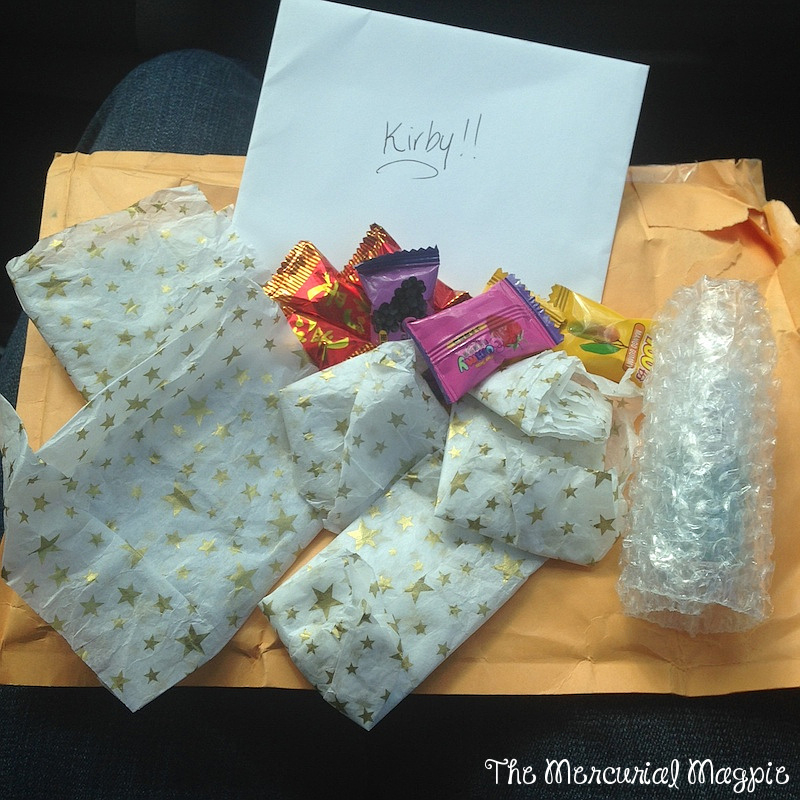 But before heading out, we stopped by to check the mail, and a mysterious package from The Great White North appeared!! Sent by the awesome In Jeebs We Trust from Canada, I was totally not expecting it (she had my address because I’ve muled polish for her a couple of times), so it was an awesome surprise!

So, after the excitement of Jeeb’s package, we arrived at the location of the coffee shop. It’s been a few years since I’ve been in this area (although it’s really close by, so I’m not sure why I haven’t been…) and the last time I’d seen it, it was mostly construction and empty buildings. It’s been totally built up now, so many neat shops and a nice big fountain area! It was super nice weather so we decided to walk around for a bit. 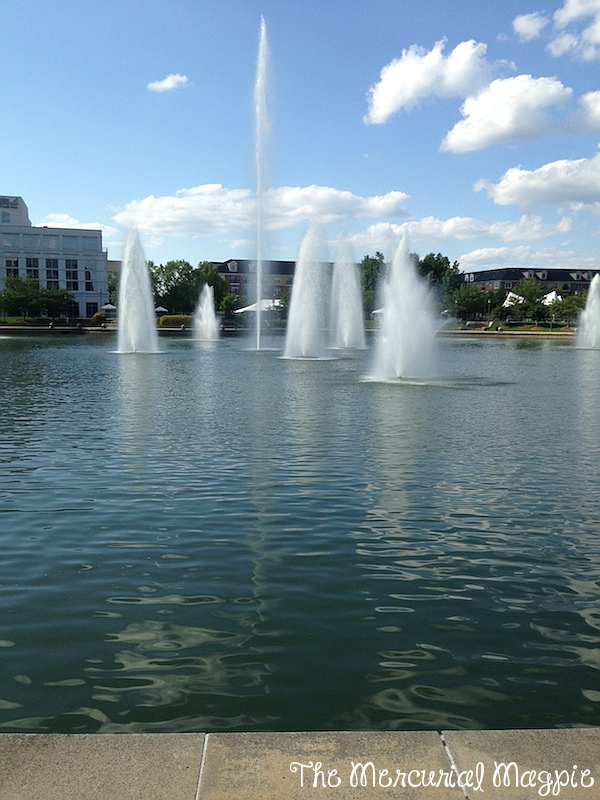 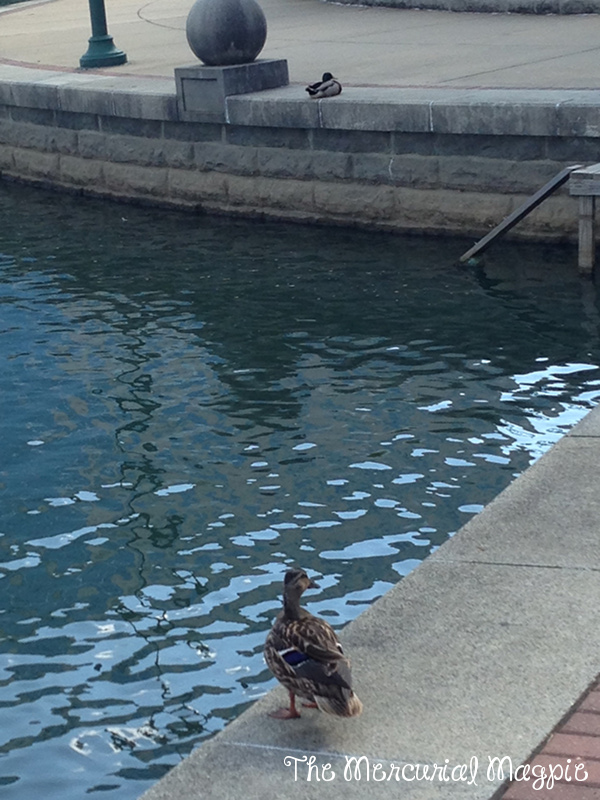 The inside of the coffee shop was really cool, I didn’t take any photos of the sitting area (I didn’t want to look like ‘that guy’ who always takes photos for instagram or whatever….even though that’s exactly what I was doing, ha!) but it was really neat, a nice mix of tables and more comfy chairs. I can definitely see myself going there again by myself to read a book or maybe even work on posts! 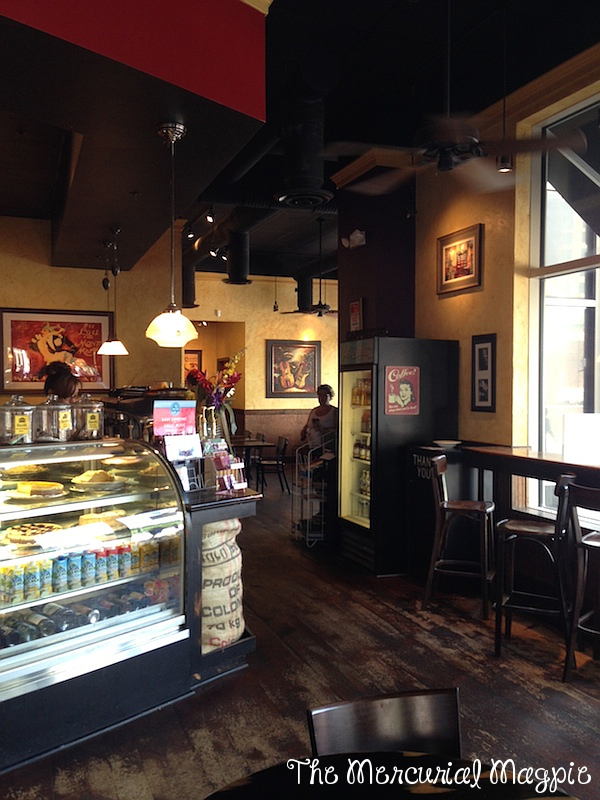 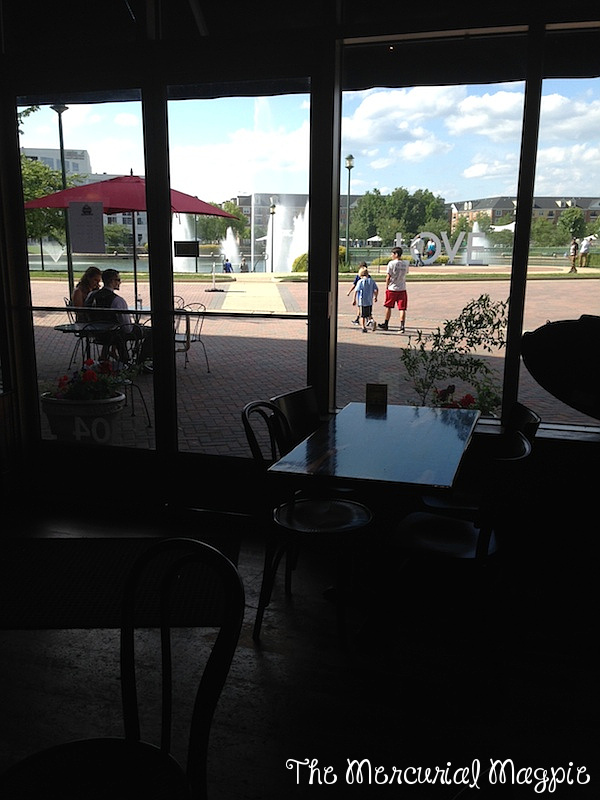 I’ve been kind of depressed lately with not really getting out much since my seasonal job ended & I’m broke, so maybe I need to just make an effort to go every couple weeks or something. Anyways, so Jed’s sister got a Mango & Passionfruit smoothie that was way too sweet, nobody liked it. His mom got a cookies & cream smoothie which was apparently pretty good. I got the snickers latte & an almond coconut scone, and Jed had the smores latte. Both the lattes were very good but I think I liked his better. The scone was very tasty, I was glaring daggers at Jed when he stole some of it from me! 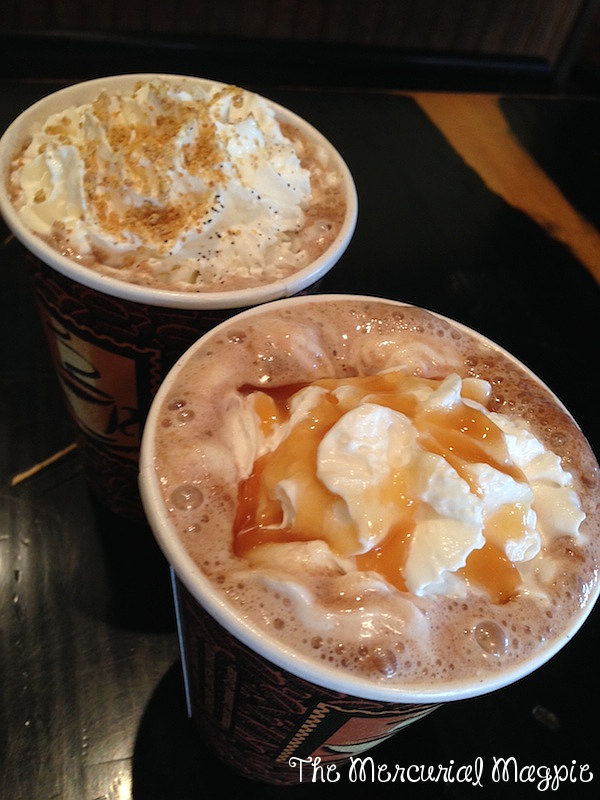 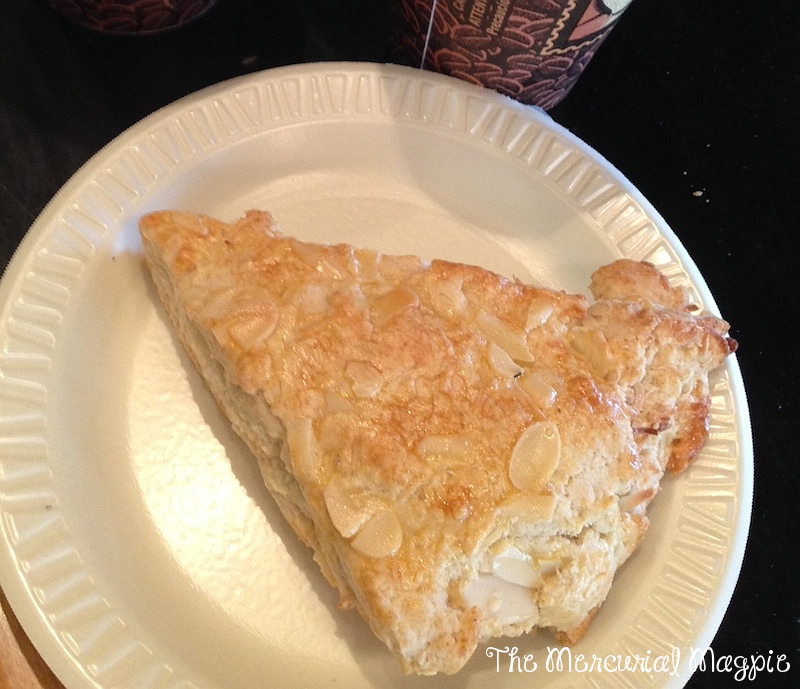 After the coffee shop we stopped at The Fresh Market and picked up some garlic herb focaccia bread & a tiramisu bar cake! So, all in all today has definitely been a fatty day, ha! We also picked up some fish oil for Mugen- he’s been doing this weird thing where he trips on one of his front legs every once in awhile while walking (he doesn’t fall down or anything, just looks like he tripped over *something* but nothing’s there), we couldn’t figure out what it was so we took him to the vet.

He didn’t see anything immediately wrong and Mugen didn’t replicate it while he was in the office but the vet said it could possibly be an issue with his shoulder or early arthritis, so he’s given us an anti-inflammatory med for him and told us to give him the fish oil daily as well and come back in a month to see if that’s helped at all. I sure hope it does! Mugen doesn’t seem to be in any pain, doesn’t have a reduced appetite, etc but I’m still worried about my baby!! The good news is it looks like his diet is working, he lost 4 pounds!

After we got home, I decided to go ahead and do my nails with the polish Jeebs got me since my previous mani (KBShimmer Laugh Myself Lily) was starting to chip off!

So, you guys can see my shameful nubs, now. (And before anyone comments about how they aren’t nubs (some asshole always does)…they are to me, and especially after how long my nails were (these Philly Loves Lacquer swatches were just done recently!) I had a bad crack a few days ago that hadn’t fully broken off but it was definitely on it’s last legs. I do have a lot of scheduled posts, though, so you’ll be seeing long nails for awhile still, probably, as well as a few more posts from the vault with my old lighting and camera. And nubs are always a little refreshing, it’s nice to not have to be as careful about breaking a nail!

Okay, okay, enough rambling, onto the swatches! Models Own Magpie is a cute pastel mint from a set that is inspired by ornate bird egg shells. Although I can see that, it also totally reminds me of mint chocolate chip ice cream, yum!! I used two coats along with Out The Door

here and found the formula to be a great consistency, not too thick or thin and applied easily.

Thanks again for the awesome surprise, Jeebs! And  I hope you guys enjoyed reading about a little slice of my day!